Fox’s new show “The Last Man on Earth” got us thinking – What would we do if we were the last man on Earth? It is an intriguing proposition to finally be alone and we mean totally alone to do whatever you want. Here is what we came up with.

ANDY: So I have actually put a lot of time into this to the point that at one point in time I made out a list. I mean, I think that I would be happy as a hermit in today’s world. The only thing keeping me from doing so is the Domino’s app and the convenience of pressing like three buttons and BOOM! there is pizza at my door. So, here is my plan for if I become the last man on earth.

First thing that I do is I will no longer be living where I am at. The aristocrats of our society do not deserve to be living in small homes – so I will be upgrading my living arrangements. The plan has always been to take over the sports stadium closest to me at the time as I traveled a lot in my youth. Therefore, now that I am in Knoxville, I shall be living in the Tennessee Terrace of Neyland Stadium – mainly because why not. However, the other thought in this is that this type of place will allow me comforts as well as much needed protection from the bears. Because this is the Smokies and there will no longer be people to drive them away.

The second thing I do is raid every bookstore that I can as well as start surplussing gas and generators. I will need entertainment and lulz, so books, music, and movies. They will be a necessity.

The next step will be to start surplussing food stuffs and whiskey (sadly beer has an expiration date). I am a simple man, but there are certain things I will need to get started. Also, it will be some time before my crops begin to grow in the middle of Shield-Watkins field (that’s right, I am turning a football field into a damn farm).

Finally, I have an affinity for really expensive cars. I can’t afford them, but I really like them. Therefore, I will not be traipsing around surplussing things in a Pinto. I will be going around looking for luxury vehicles to store on the ramp to get in Neyland Stadium.

So essentially, my plan is to turn Neyland Stadium into the ultimate home for my pleasure.

Jon: Well, if people just disappeared and there was not apocalyptic event I would assume there would be power for some time. So, I would get all the porn viewing in I could before the infrastructure went ka-blooey. After that, I would catch up on everything I always wanted to read, but never had a chance to read. Maybe I would wander the earth checking out all the places I wanted to go and could never get to for one reason or another. I think I’d spend a lot of time naked. You can’t walk down the street butt-ass naked, you’d be put in jail. With everyone gone I would take a nice summer stroll in the all-together.

Mike: What would I do if I was the Last Man on Earth? Well, on the show, Forte’s character traveled throughout the United Sates and parts of Canada looking for other people.

But if I can’t find anyone, then repopulation is out of the question. I’m it. I’m the last of human kind. The weight of that realization would case a minor mental breakdown. But I’d like to think I’d get over it. In a world of one, who decides who is crazy?

Whether I’m wearing a tinfoil hat at this point or not is irrelevant. Everyone does weird stuff in their home when no one is around. Now that no one is around anywhere, it’s time to get weird.

Strut through main street in downtown Denver covered in Vaseline wearing nothing but boots and a hat? Yeah. I’m doing that. Driving across country to take a dump in every house along the way? Yeah. Doing that too. Hell, I might even leave some in random mail boxes.

After I poop everywhere I want to, It’s time to spend the rest of my days in a semi-permanent inebriated state. All that means is I’m getting fucked up and staying that way until my demise.

Our Computers, Ourselves Review

What Happens to G+ Now? 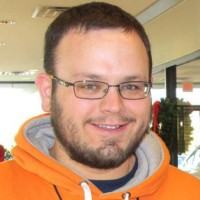 Andrew Lincoln, AMC, and The Absurdity of Walking Dead Movies

AMC announced Rick Grimes and The Walking Dead will be heading to the big screen, but does anyone really care? Characters And Theories On Game of Thrones Comes To An End

All good things must come to an end and Game of Thrones is no exception. So here's one last theory to be squashed and a character who should have a better edning than he will get. Characters, Stories, and Failure in Game of Thrones Part II

A quick look at a couple characters and we discredit one new fan theory. Humans and Humanity in Game of Thrones Part One

Characters are either boring or their not.The characters in Game of Thrones are far from boring because they're multidimensional.